Everyday in the news you hear so many different things about what to eat, what not to eat, whats best for our children, whats not etc. So we spoke to nutritionalist Paul Evans who agreed to explain to us exactly why we have been reading everywhere that we all need more vitamin D.

Unfortunately, I live in England, a country with a lot to offer, but a warm sunlight is not one of those things; being the nutritionist I am, sunlight is not just a tool I use to look like a bronze Adonis; but is a cancer preventing, diabetes averting, depression avoiding, multiple sclerosis inhibiting, flu stopping super power – in the form of Vitamin D.

Believe it or not, commonly, regardless of how bright the sun can be during the winter months in the UK, there simply isn’t enough UVB containing rays for our skin to create enough Vitamin D; the result is one in five of us are deficient.

If you are unaware of the beneficial effects of Vitamin D, you’re not alone – I work in a hospital and was having a conversation with colleagues just last week regarding this super vitamin and like 50% of healthcare workers, they were also unaware of the importance of sitting in the sun; ask a ten year old why we need calcium and it’s likely they will explain the importance of looking after our bones and teeth, ask a five year old what Vitamin D is and it’s likely they’ll stare at you like you’ve just asked them what unicorn they’re wearing. 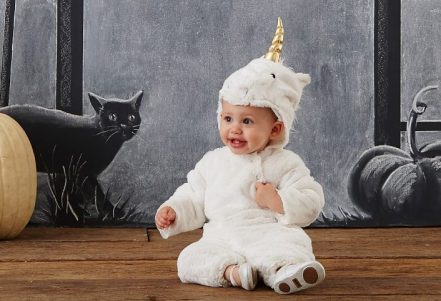 Too few of us are unaware of the crucial links between Vitamin D and our health, specifically, with regards to the role of calcium – we cannot absorb calcium without vitamin D. Furthermore, deficiency in Vitamin D is linked with joint and bone pain, difficulty thinking clearly, muscle weakness, unexplained fatigue and a low mood.

Perhaps more significantly, a commonly underreported issue in children is that of hypocalemic convulsions, as Dr Benjamin Jacobs, a consultant paediatrician at the Royal National orthopaedic hospital in London explains: “A baby is born perfectly well, and nobody would suspect any problems, until one day it starts to have convulsions,” he says, describing the condition resulting from vitamin D deficiency that he has seen many times. The child is rushed by ambulance to A&E, “blue, unconscious and jerking”. After tests are carried out, a diagnosis of hypocalcemic convulsions is made, and swift treatment with vitamin D and calcium should be the end of the episode – but if diagnosis and treatment come too late, the child could be left with brain damage.
Although reports suggest hypocalcemic convulsions are on the rise, perhaps a more common childhood illness relating to vitamin D deficiency is rickets (a condition that affects bone development in children – causing the bones to become soft and weak, which can lead to deformities); despite the number of rickets cases in children being relatively small, there has been an increase in recent years with studies showing people in the UK simply do not know how to consume enough Vitamin D. I’ve had frequent conversations over the years regarding what foods contain the most vitamin D and to many peoples surprise it’s bleak. If you, like 25% of Brits, aren’t that into eating fish on a daily basis – you’re going to struggle to hit your RDA of Vitamin D from food alone. An interesting in-depth article on the health benefits of Vitamin D by Jen Reviews includes the 15 best Vitamin D foods. 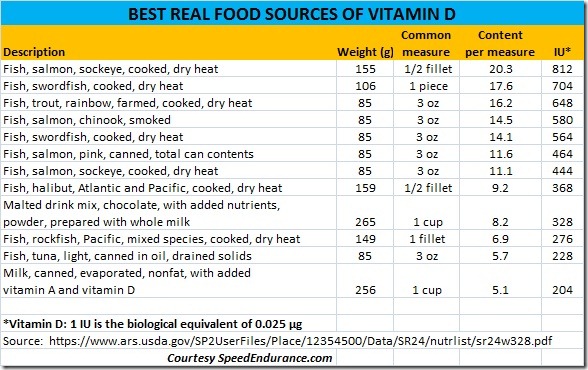 A survey by popular fish restaurant, Loch Fyne found that a fifth of us stated that fish is one of our most feared foods (Offal, blue cheese, gherkins and rare meat also make the top 10, since you’re asking); in combination with the lack of quality sunlight on offer to us in this country, it’s clear we are certainly at a disadvantage health wise.

It’s not all bad news though, the Science Advisory committee (a committee of independent experts that advises government on matters relating to diet, nutrition and health) reviewed the evidence on Vitamin D and health to see if UK dietary recommendations, set in 1991, were still appropriate to our current lifestyle and concluded that they weren’t.

In fact, Public health England recognized that the combination of cloud covering sun and our fear of fish is having such a significant impact on our health and wellbeing that it updated the NHS guidelines as follows:

Children from the age of one year and adults need [a minimum of] 10 micrograms (400IU) of vitamin D a day. This includes pregnant and breastfeeding women and population groups at risk of vitamin D deficiency (those with minimal exposure to sunshine and those from minority ethnic groups with dark skin).

For those, like me, whose idea of eating fish is a handful of prawns thrown in with some noodles once a month, the above converted into ‘non fish’ varieties translates to roughly one of the following (daily): 10 egg yolks, 4 large glasses of milk, 2 kilograms of Swiss cheese or 85 grams of Portabello mushroom. Which isn’t ideal.

The solution is simple, as reported in mainstream media in July (2016). We must be proactive in getting our RDA of Vitamin D by means of supplementation, the Department of health recommends that:

[…] everyone, including pregnant and breastfeeding women, should consider taking a daily supplement containing [a minimum of] 10mcg (400 IU) of vitamin D.

Vitamin D can be supplemented in many forms – tablets, drops; gummies or (what I’d recommend) in spray form and can be purchased in health food shops, pharmacies and supermarkets. Furthermore, for women and children eligible, supplements can obtained via the Healthy Start Scheme.

We are in Great Britain and have been dealt a dark card with relation to the amount of hours of ‘good’ sunlight we get, furthermore, our lack of interest in fish (and consuming 2kg of Swiss cheese) as a nation, contributes to an overall shortage of Vitamin D in our blood – a vitamin that is overlooked for the fundamental contribution to both our mental and physical health.

Children simply will not grow sufficiently without adequate Vitamin D in their blood stream but we cannot consume the required amount in today’s society without intervention.  There are many means by which you can consume Vitamin D, by eating ten egg yolks, 85 grams of Portabello mushroom, 265g of salmon cooked in a dry heat or supplementing with mouth spray. However you choose you or your children to consume Vitamin D, it doesn’t matter, but don’t rely on our unreliable sunlight to give it you.

Paul Evans is a certified nutritionist and a Health Consultant for School Health UK and can be contacted at paul@schoolhealthuk.co.uk

Looking for something in particular..

What we’ve been tweeting about

(Gifted) She’s probably dreaming of breakfast already... 💭 We were sent these @babyledfood_ spreads to try a while back. And now this little one is exploring ALL the food we thought it was about time we tested them out. The ‘tangy blueberry’ spread was a hit with Matilda this morning. Babyled spreads are great for on toast, dipping, stirring into pasta.. all sorts! And now they have a fab new range of cooking pastes & sauces. Including Satay Sauce, Thai Green Curry & Moroccan Tagine ~ very handy for a quick and tasty supper.